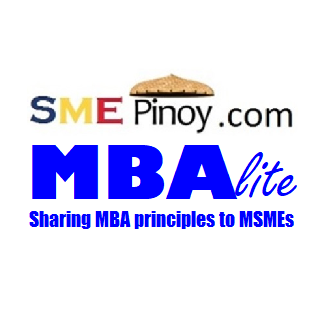 One of the factors for a business to succeed is in its partners. It is important that you choose the right kind of partner. If one partner is a dead weight, they divert the attention of the other partners from making the business grow into dealing with the lagging partner. It is like walking with a ball of chain attached to one on your leg.

But creativity thrives in chaos, the creative person who usually have the messy workspace is the one who churns the eye candies which is attractive to the masses. On the other hand, those who creates the systems and processes creates unattractive products.

Thus adding to the sub-factor under choosing the right partners, is also choosing the right blend of partners, the marriage of chaos and order. As an example, usually tech companies are started by group of techies, developers who focus in coming out with their own Iphone or Windows. It can be the best product in the world but if no one can see its values, no one can sell it to the masses. When the masses cannot see their product then it would not be the best product in the world. The product will just die and be lost from existence.

The MS DOS which Microsoft sold to IBM was developed by a now unknown software company. Although the DOS was developed by another company, it was the product that gave Microsoft its first big break. Watch this clip from the 1999 TV Movie, Pirates of Silicon Valley, to see how one of its partners did it;